As our year 6 leave we wish this wonderful group of individuals every success for their bright futures.

The spirit of competition continues.  Thanks to everyone who was able to enjoy the sports day spectacle.  A wonderful day of sunshine and competition resulting in 1st time overall winners Merlins.  Merlin’s established a commanding lead in the morning during the infant sports and whilst all teams worked hard to close the gap. Merlin’s enjoyed a comfortable winning total.  The atmosphere and team spirit were evident for all to see.  A special mention must go to Year 6 as the children nurtured and supported the younger children in the morning bringing the family of Mellor together.

Great team work by our Year 5’s netball team, who took part in the Legacy Games this week.

One Voice Concert at the Bridgewater Hall on Monday 12th June

On Thursday, 18th May during our One Voice: Path to Peace week, we managed to take an aerial photograph of the whole school in their house colours to celebrate One Voice. It has been an event to draw together a belief that children at our school can make a difference to the future of our world to live in harmony irrespective of race, colour or belief.

Congratulations to our Pop Lacrosse Team who won  bronze medals at the North West Pop Lacrosse Finals and are through to the National finals in June.

Congratulations to our Year 5 children who performed an amazing dance routine and music composition in front of a huge audience.

The theme of the British Isles led us to be Ireland. The children worked with the Halle Orchestra and Royal National Ballet to create a very special piece of work.  What a great experience for all the children as only one of eight schools in Manchester.  Fantastic memories for all participants as well as developing skills and confidence.

Congratulations to our Year 5 and 6 netball squad, who were placed 1st and 3rd in the Primary Netball Competition held at Marple Hall School with 9 other Stockport schools.

February: Brilliant unbeaten performance by the boys and girls at the Stockport finals today at Reddish Vale

With Jack R & Jamie M going down with last minute illness Josh M and George S carried the can for the boys with out brilliant Under 11 girls – Eve B, Leah Y, Alice T and Katie M.

It’s a fast and furiou 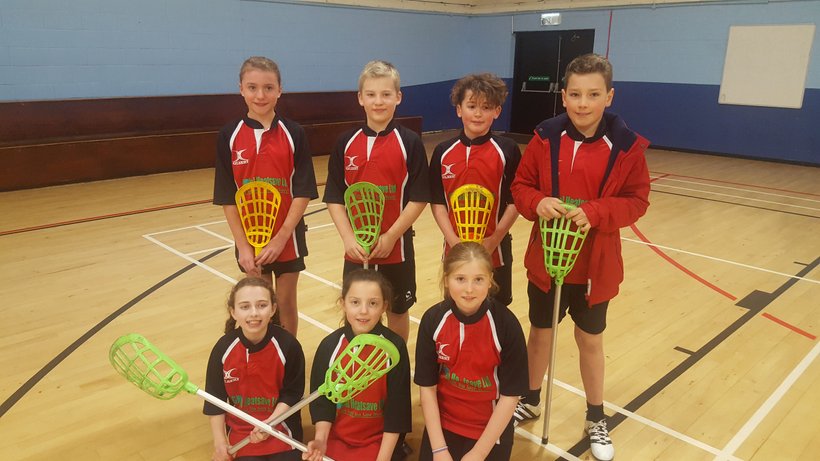 s version of lacrosse but our players are becoming really strong at moving the ball and taking their chances. At times today their play was mesmerising and, although only 6 minute games, the early games saw them beat High Lane School 10 – 1, Neville Road Primary School 5 – 2 before a tight draw 5 – 5 against Tithe Barn ( a Heaton Mersey school.)

They topped the group with a 10 – 4 win against Norris Bank before beating Didsbury Road 6 – 1 in the semi final – no mean feat considering the quality of players they had within their team.

e final against Torkington Primary School. With both teams automatically qualified for the North West Finals this was just for pride but Mellor notched up a 7 – 3 victory to top off a fantastic day for the school. Scoring more than 40 goals in a little over half an hour of game time is no mean feat – well done to those that took part.

Thank you to all the Mellor parents and carers who kindly donated presents to the Mellor Country Home.  Members of our charities committee took an amazing 95 presents to the Country Home on the last day of term.  Mellor Country Home provides low-cost holidays for people who are disadvantaged both socially and financially. These presents were very gratefully received by Sharon, and will be given to children over the course of next year as they arrive at the House. Many thanks again.

Mellor school choir spread a bit of happiness with the festive enthusiasm of Mrs Steadman and Mrs Boardman, the 37 strong choir sang to commuters beginning their train journey at 7o’clock from Marple.  They received a number of lovely comments and not only was there a joyful buzz on the trains but also social media comments were spread on Facebook and Twitter.  The choir raised £194.51 to support the training of Pasang Omo a nurse in the village of Melamchi in Nepal.

The entire school walked up to St Thomas’ church to celebrate harvest time.  We were warmly welcomed by Rev. Sanders.  Thank you to Mellor parents for the many food gifts that go to support charities feeding the homeless.